Starting today, the statements in an access record, can now additionally specify both users and groups.

Historically, users and groups were only available as properties of the access record, which meant all statements applied to all users and all groups. This made it easy to support having one group of users with many statements. Additionally, access records could be directly associated with a user so that it was clear that changes to an access meant changes for that particular user.

To change a user's permissions, it was as simple as looking up the access record with the same ID as the user:

And then making necessary changes to that record.

Now, access records can directly specify which statements should be applied to which users.

Instead of listing the users at the record level: 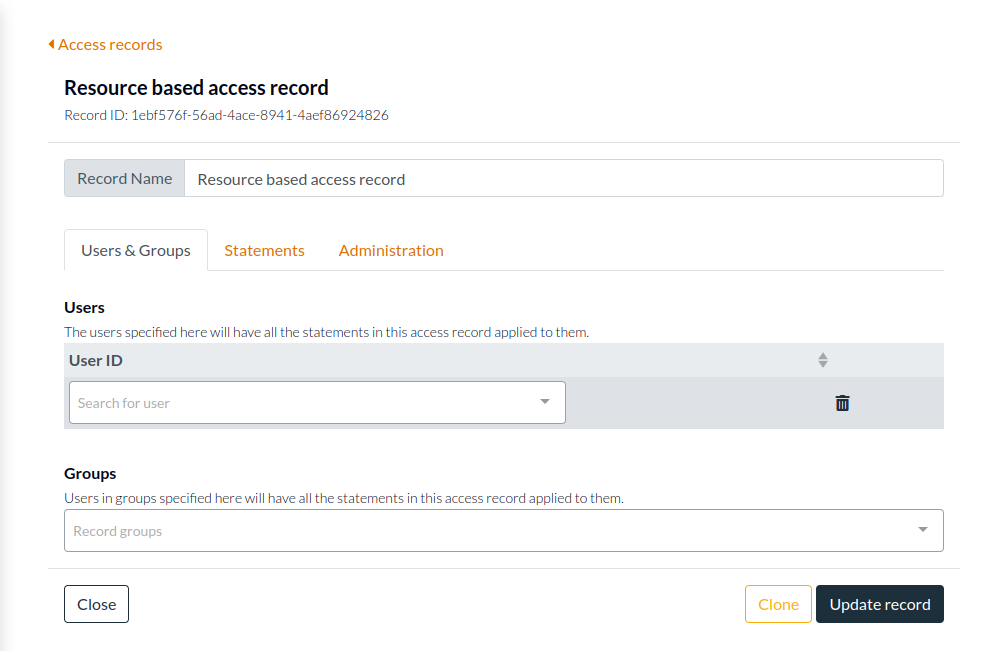 And then enter the users in the statement section of the record. Each statement can have separate users: